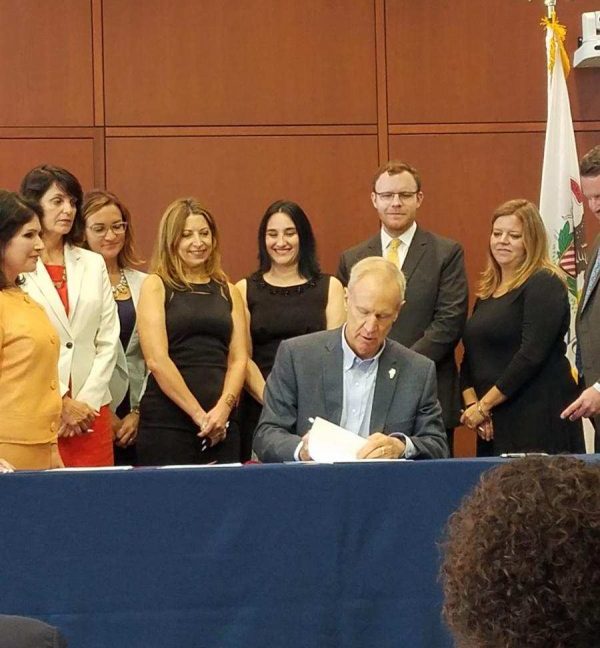 Illinois now has the nation’s strongest mental health and addiction parity law! This morning, Governor Bruce Rauner signed Senate Bill 1707, which passed the General Assembly by overwhelming bipartisan margins in May. This new law will save lives by increasing access to treatment for individuals struggling with mental health and addiction challenges. While there remains much work left to do to end coverage discrimination, this new law represents a national milestone in strengthening parity enforcement.


The landmark law, which takes effect on January 1, 2019, will do the following for the residents of Illinois:

The Kennedy Forum Illinois thanks Rep. Lou Lang for his tireless efforts on mental health parity, as well as Reps. Feigenholtz, Conroy, and Andersson, and Senators Bush, Morrison, and Raoul. Many thanks also to the Illinois Association for Behavioral Health for its partnership, the Chicago Community Trust for supporting this work, and to numerous other partners* for their steadfast support.