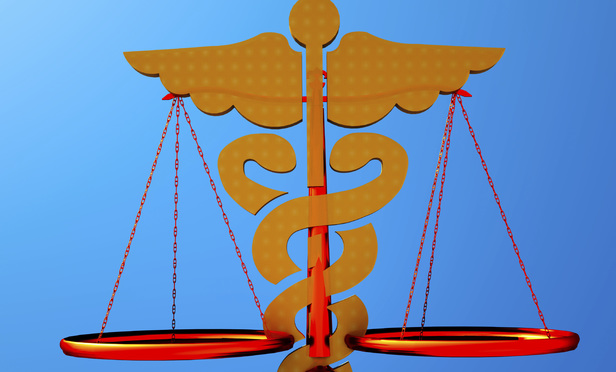 In an opinion on May 13th, the U.S. Court of Appeals for the Second Circuit affirmed the dismissal of claims brought by psychiatrists and professional associations against four health insurers for alleged violations of the Mental Health Parity and Addiction Equity Act of 2008 (MHPAEA) and the Employee Retirement Income Security Act (ERISA) when they reimbursed mental health providers at a less favorable rate than for other health care services. The case was not decided on the merits, but rather only a procedural question was addressed – whether the plaintiffs had standing to sue on behalf of their patients.

The plaintiffs, two psychiatrists (Dr. Susan Savulak and Dr. Theodore Zanker) and three professional associations of psychiatrists (American Psychiatric Association, Connecticut Psychiatric Society, Inc. and the Connecticut Council of Child and Adolescent Psychiatry), alleged that four health insurers’ (Anthem Health Plans, Inc. doing business as Anthem Blue Cross & Blue Shield of Connecticut; Anthem Insurance Companies, Inc. doing business as Anthem Blue Cross and Blue Shield; Wellpoint, Inc.; and Wellpoint Companies, Inc.) reimbursement practices systematically discriminate against patients with mental health and substance use disorders in violation of MHPAEA and ERISA as well as state law claims. In addition, they alleged that these reimbursement practices served as a disincentive for many psychiatrists to accept insurance and thus limited patient access to critically important services. The defendant health insurers filed a motion to dismiss for lack of standing. The district court granted this motion holding that the psychiatrists lacked third party “statutory standing” since there was no language in ERISA to suggest they could sue on behalf of their patients and the physician-patient relationship was insufficient to establish standing without a constitutional claim or right of action granted to physicians by statute. In addition, the associations where found to lack standing when their individual members lacked standing.

On appeal, the plaintiffs were unable to persuade the Second Circuit that they had standing to sue on behalf of their patients. The appellate court reasoned that the plaintiffs must show they fit within at least one of three categories of standing – constitutional standing, prudential standing, and what was formerly referred to as “statutory standing” – and held that the plaintiffs could not demonstrate standing under any of these categories. The appellate court focused on whether prudential and statutory standing had been established, since no constitutional claims were asserted by the psychiatrists on behalf of their patients. The plaintiffs did not specifically refer to these categories but had argued – along with the American Medical Association and the Connecticut State Medical Society as amici curiae – that they had standing under ERISA § 502(a)(3) to assert third party claims on behalf of their patients, but the appellate court found that this argument “conflate[d] the prudential third-party standing doctrine with the requirement that the plaintiff have a cause of action under the statute.” American Psychiatric Ass’n v. Anthem Health Plans, Inc., — F.3d —, 3 (2016). Prudential standing principles involve judicially self-imposed limits on the exercise of federal jurisdiction which generally limits third party standing but may be altered by Congress; whereas statutory standing applies when a plaintiff is given a right to sue by a statute. Judges apply prudential standing principles to limit who may have standing when exercising jurisdiction would not be prudential and there is a measure of discretion left to the courts about exercising jurisdiction, but Congress may otherwise provide for a right to sue under a statute. Since Congress specifically limited who may assert violations of ERISA – participants, beneficiaries, or fiduciaries – and the psychiatrists did not claim to be any of these, the appellate court rejected their argument that they may stand in the shoes of their patients and assert their patients’ claims against the health insurers. The court reasoned that “[courts] cannot expand the congressionally-created statutory list of those who may bring a cause of action by importing third-party prudential considerations.” Id. at 6.

Lastly, the appellate court held that the plaintiff associations lacked standing when their individual members lacked standing. The associations could have asserted their own legal injuries related to the restrictions imposed on their ability to provide care, but these claims were not alleged in the complaint.

Had the plaintiffs included specific members of the class of individuals harmed by parity violations, the outcome might have been different. However, as suggested by the second amended complaint, these individuals might avoid participation in a lawsuit as a result of the unjust stigma associated with mental illness, the fear that employers will learn of their illness and discriminate against them, and stress associated with acting as a plaintiff in a lawsuit which might negatively impact their treatment progress. If courts decline to find that professional associations may sue on behalf of the patients of their members, it is possible that a significant number of parity violations will avoid repercussions and penalties in the absence of more robust parity enforcement by state and federal agencies.