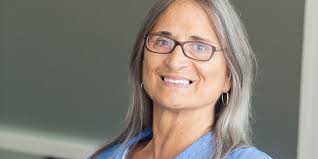 We are grieving the loss of Marca Bristo. Bristo was 66 when she died September 8th at her home in Chicago. Bristo dedicated her life to advocate for those who live with disabilities and mental illnesses. Her work as a member of the Leadership Council at The Kennedy Forum Illinois demonstrated the importance of addressing the overlap of struggles of individuals who live with disabilities and mental illnesses.

Marca Bristo was the founder of Access Living in Chicago and partook in initiatives locally and nationally to limit the discrimination of those who do not have a voice. An accident in her twenties left her in a wheelchair.  Despite the challenges that she faced, she continued to aim to make society accessible. She fought for making public transit, housing and education accessible. In the 1980s and 1990s, she was a part of the disability rights movement and firmly believed that the conversation about disability rights needed to be addressed in policy. Bristo’s work has impacted countless people locally and will continue to do so.

The Kennedy Forum Illinois will remember Marca Bristo as great leader. We admire her courage, drive and influence. “She changed this city, and this state, for the better. Her legacy will live through the systems she changed, the policies she influenced, and the people she inspired,” said Cheryl Potts, Executive Director of The Kennedy Forum Illinois.  We pass our condolences to her family and loved ones.