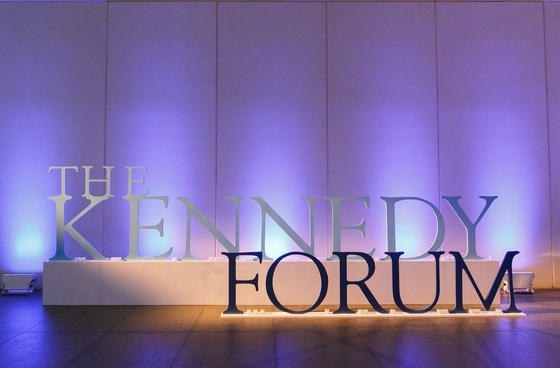 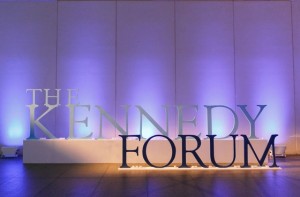 The Kennedy Forum Illinois embarked on its mission to de-stigmatize mental health disorders in Illinois with a launch event at the Palmer House Hilton in the Loop on Thursday.

The event featured a heartfelt speech from restaurateur Peter O’Brien, who along with his wife, Mimi, donated $100,000 that enabled the Kennedy Forum to establish its Illinois chapter. The couple’s son, P.J., passed away at the age of 32 in 2012 after his pancreas burst following a battle with alcoholism and schizophrenia. O’Brien has been an advocate for mental-health issues ever since.

“I had to take my hat off to my great friend, Peter O’Brien, who bared his soul in front of the world last night. He just did an amazing job on behalf of his entire family,” Roseland Community Hospital CEO Tim Egan, a member of the forum’s organizing committee, told the Daily Whale on Friday. “They’ve endured so much and to be able to turn around and … get people who have suffered from the stigma of behavioral health on a path of recovery, … that’s an amazing thing.”

Kennedy Forum founder Patrick Kennedy, son of the late U.S. Sen. Ted Kennedy and a former U.S. congressman, mentioned during a Thursday City Club of Chicago event how much attitudes have already shifted on mental health issues since he sponsored the Mental Health Parity and Addication Equity Act of 2008. The law mandates insurers and group health plans help cover mental health and substance-abuse treatment in a manner similar to other medical care.

“You usually have to rise through the ranks and become a senior member with lots of grey hair … before you get to be No. 1 on any important piece of legislation,” Kennedy said. “In spite of being the youngest member of Congress from the smallest state in the country and in the minority party, I got to put my name first on the [act] because, frankly, there was no one out there fighting me for the honor of having the names ‘mental health’ and ‘addiction’ near their name.”

Feigenholtz told the Daily Whale that organizing committee members met Friday morning to discuss the forum’s agenda moving forward. She said the organization will likely act to connect with Illinois businesses, insurers and veterans to continue its mission of de-stigmatizing mental health illness in the state.

Feigenholtz encouraged Illinoisans to share their own personal stories regarding mental health and substance abuse. This, she said, will allow for a larger discussion on mental health issues to begin.

“For those who are ready to tell their story, that empowers the next person,” Feigenholtz said. “Having Patrick Kennedy, Brandon Marshall and Mariel Hemingway … getting up and telling their personal story, … I think that it resonated. I think that there’s people who are in the same situation, are just trying to … be inspired by the right person, for something to touch them. And who knows what touches who.”