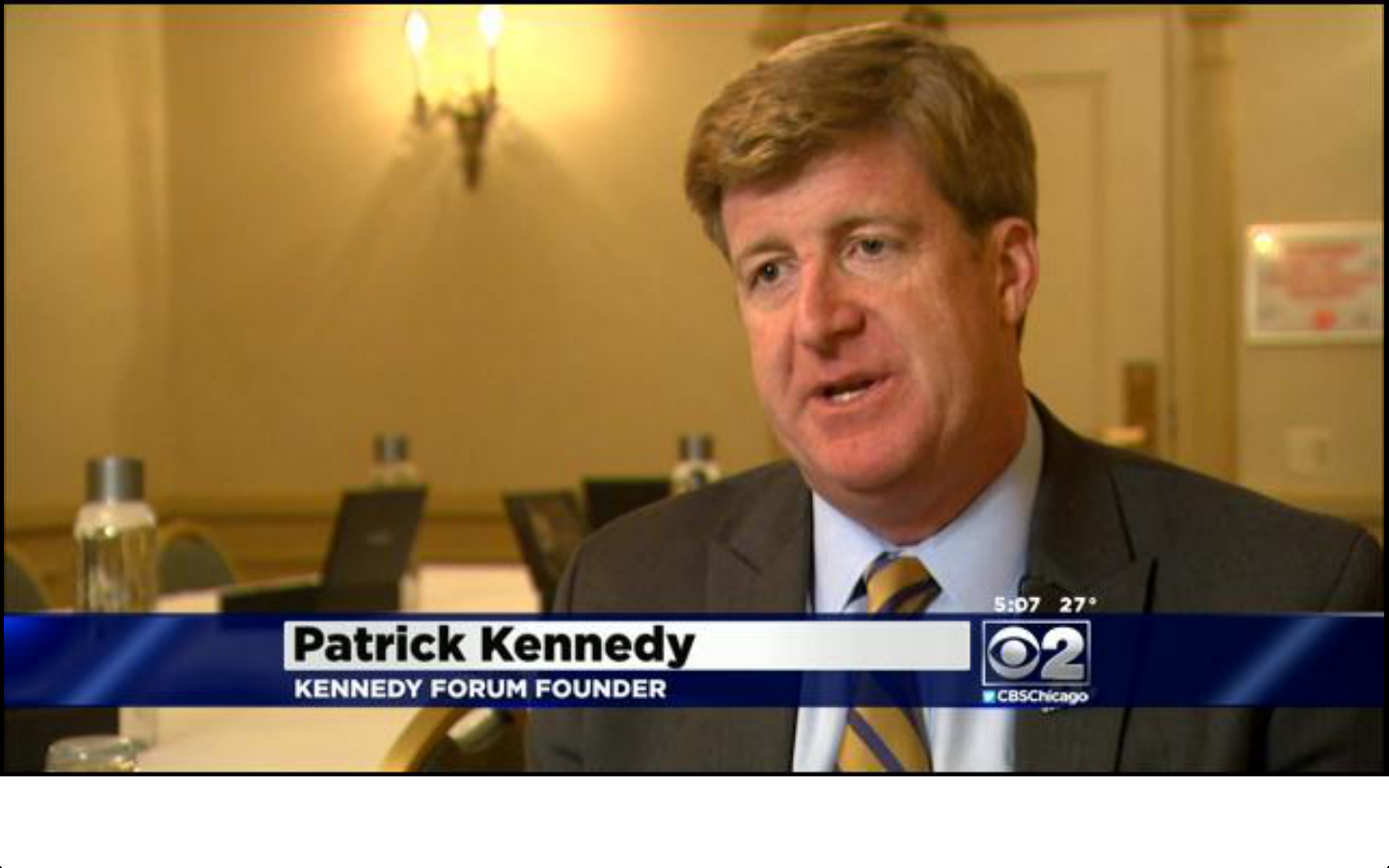 CHICAGO (CBS) – The son of the late U.S. Sen. Ted Kennedy and nephew of President John F. Kennedy was in Chicago Thursday for an all-day conference on the topic of how we treat — or in many cases, fail to treat — mental illness.

“We can do better,” said former U.S. Rep. Patrick Kennedy, at Thursday’s launch of Kennedy Forum Illinois, a conference he helped organize to honor President Kennedy’s 1963 signing of the Community Mental Health Act.

Since leaving the House, Patrick Kennedy has devoted himself to the cause of improving the treatment of the mentally ill.
Kennedy said it’s a personal issue. Decades ago, his aunt Rosemary was lobotomized and hidden away, because of the social stigma from mental illness that caused erratic behavior and violent mood swings. He himself has struggled with alcohol addiction. Among the panelists at Thursday’s conference was Cook Sheriff Tom Dart, who has called Cook County Jail the country’s largest mental health facility, because so many of its inmates are mentally ill. Kennedy called that “unforgivable.”

“It is torture, literally, to confine someone with a mental illness. In most cases, we are putting them in solitary confinement, when they’re active in psychosis. It is absolutely horrific,” he said.

Kennedy said more needs to be done in terms of prevention and early intervention. He said mental health screening should be a routine part of every physical exam.

“You’ll get a check-up from the neck up, which means you’re going to get your anxiety level, your mood disorder examined. It’s shocking to me that in this day and age, with the epidemic of addiction and mental illness, that we would not include a screening for mental illness and addiction,” he said.